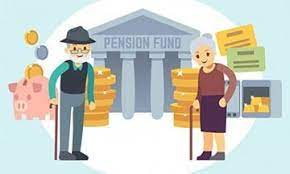 We don’t deal with pension issues very often in our cross-border family law practice. Partly, it is because that in China pensions have not been a very meaningful part of the life of Chinese people. In answering questions about pensions raised by IAFL, I delved into China pension system.

I. China Pension System: A Snapshot

For a long time (many years in the past), a big portion of China population, mainly the farmers, simply don’t have any pension coverage. Even many people in urban areas who don’t have ordinary jobs with corporate employers, don’t have pension plans. This is now a past.

It is China’s national basic social safety net offering the minimum protection for retirees. It is mandatorily enforced in workplaces where both employers and employees shall contribute to this pension fund, thus consisting of two parts: personal contribution and corporate contribution. The former belongs to that individual all the time but the latter is poured into national pool and not part of the personal assets of that employee.

Retirees can withdraw money after reaching retirement ages in China, and money so withdrew is free of any tax.

This is a type of pension plan as a supplement to the basis pension system when China realized its grave problem of providing for its retired people.

Again, this enterprise annuity fund is contributed by both employers and employees, added up to 12% of aggregate amount of the employer’s salary outlays.

But in practice, only big state-owned or private companies offer such benefits, not widely available to Chinese people in workplaces.

Ownership of such annuities can be complicated depending on the structure set up by the employers regarding the ceding of ownership rights to the employees.

Income tax policies are put in place in regard of contribution and withdrawal of annuities.

According to the policies, individuals who have contributed to the basic pension plan can choose to open a personal pension fund account with any bank offering such services. The maximum annual payment into this retirement saving account is RMB 12,000 every year.

The money accumulating in such accounts can be used for investments into certain financial products (which is very limited for the moment) and profits shall stay and cumulate in the accounts. No money can be withdrew from such accounts till retirement age.

Deposits into personal pension fund accounts are deductible for personal income tax for the year of payment. But money withdrew upon retirement will be taxed at 3% for income tax.

This is also a supplementary pension scheme aimed to further augment China’s ailing pension system. Basically, it is an insurance policy sold in the market where a policy holder contributes insurance premiums for a certain amount of time and upon reaching retirement age, they will receive the insurance benefits per month or per year for a lifetime or for at least 15 years.

Similarly, a set of tax benefits are attached as well. The premiums contributed can be deductible from taxable income up to 6% of monthly salary or RMB 1000 (whichever is lower). Upon receiving insurance benefits, policy owners enjoy the lower income tax: 25% of such benefits is tax-free and the other 75% is taxed at a rate of 10%.

In practice, very often, pension funds are not a focal point in divorce cases in China, largely because most Chinese citizens don’t really have any sizable pension fund.

However, China Supreme Court has issued a judicial guideline on division of basic pension fund. The guideline said that when the divorce spouse has not reached retirement age or otherwise qualified for receiving pension benefits, the other spouse shall not claim for dividing pension fund, but a spouse can claim to divide half of the premiums (plus interests) contributed the other spouse during their marriage life.

But there are no rules touching on the division of other types of pension funds. In practice, courts have ruled differently in relation to the division of commercial pension plans. Some courts have made decision by analogy to China Supreme Court’s guideline on division of basic pension fund, thus dividing the past premiums paid by the spouse who has purchased such pension insurance policies. On the other hand, some courts chose to divide the surrender value of such commercial insurance policies, which does seem more reasonable and compatible with general insurance practice.

For the same reason as in the case of divorces, pension funds are not often the point of dispute in inheritance cases.

But there is no doubt that all such pension funds described above are part of the estate of a deceased person, thus inheritable by heirs or beneficiaries.

Looking into the future, with more and more people setting up their own pension plans other than the basic version, pension funds could be significant over years, thus a potential point of dispute in divorce and inheritance cases.