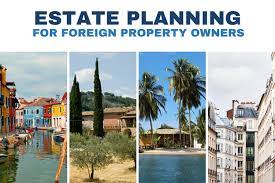 This is an open secret, even to IRS in USA that many American citizens marrying foreign nationals may hide their assets in such foreign countries where their spouses are from.

A typical example: an American businessman gets married with a China lady and in order to avoid high-rate taxes levied by IRS, the American husband keeps quite a bit of cash in the bank account opened in his Chinese wife’s name, and they buy luxury properties in China which are also registered in the name of the Chinese wife as well.

We know this because we have handled inheritance cases of similar facts where we see the risks and pitfalls of such an arrangement without proper estate planning.

I. Whose Are the Properties in the Name of Chinese Spouse?

Well, the Chinese wife may be just a housewife and the American husband is the breadwinner and wealth generator, so it seems clear that the assets registered in the name of the wife shall still belong to the husband. But really?

We are talking about the so called “matrimonial property regime” that governs the ownership of marital properties between spouses.

Under Chinese laws, for such a cross-border marriage, the matrimonial property regime is determined by reference to the “common habitual residence” of the spouses. As you may know, “habitual residence” is a somehow elusive term in judicial practices in most jurisdictions and international laws, and to make it more complicated, China Laws on Conflicts of Law in Foreign-related Civil Relations uses the term “common habitual residence”. Prima facie, it refers to a place where both spouses regularly reside, but it isn’t clear whether such a place shall refer to the same property or same area or even a greater territory. For example, in a divorce case involving two separate spouses who live in two different districts in California USA, from the perspective of China courts, should they be deemed to have common habitual residence? It remains unclear.

In China judicial practice, regardless of the problem of determining common habitual residence, in absence of pre-nuptial agreement or marriage contract between the couple, there are basically two scenarios:

(2) separate property regime of certain state law in USA is applicable, it may result in the holding that such assets are viewed as the personal properties of the Chinese spouse. This possibility may lead to disastrous outcome in the case of death of one spouse of the couple.

II. What if One Spouse Dies Intestate?

Insurance people often say, one doesn’t know which comes first: tomorrow or an accident. It is true no matter you like it or not.

In one of the cases we have dealt with, the Chinese wife’s account has accumulated a couple of millions USD, and the wife died unexpectedly without any pre-warning. To make it worse, the deceased spouse has children from prior marriage, further complicating the inheritance process.

However, the severest blow to the surviving money-making spouse is that their common habitual residence is determined by the China court to be in an American state which adopts the separate property regime, and accordingly the children of the deceased spouse from prior marriage ended up with a windfall.

This is a just instance that could lend lessons to many American citizens who have employed the tax-avoidance tactic of hiding assets in foreign spouse’s name.

III. What Should Be Done to Adress the Problem

The answer is proper estate planning for your China assets and properties.

American citizens who are in such a situation shall carefully consider a proper estate planning in regard of the assets so hidden in China. For the very least, they need to put in place two basic legal documents:

(1) Nuptial Agreement in which the assets including real properties in the name of Chinese spouse shall be clearly defined in term of ownership of those properties acquired after marriage. This is the first step that shall be taken for the overall estate planning for China assets.

(2) Write A Will for or covering China assets. Read this linked post and see whether you wish to write a separate will for your China assets.

For cross-border families with significant amount of assets kept off the radar of IRS in this way, a more advanced planning tool may be appropriate: foreign grantor trust. That is something that will take a new post to write about.