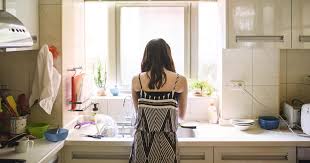 According to news from Beijing Court Network on February 4, 2021, Beijing Fangshan District Court applied the new provisions in China Civil Code and awarded compensation to the full-time housewife in a divorce case for the first time.

In the case, the full-time housewife Wang claimed that she was entitled to housework compensation because she was responsible for most of the housework. The court did rule in her favor that upon divorce, her husband Chen should pay Wang RMB 50,000 as housework compensation in addition to 50% of their community properties.

Since there is no judgement supporting the housework compensation were found in past divorce cases, this particular case sparked a lot of controversy and discussion in China and even in the world (We received two separate invitations for comments on the case from foreign news outlets including BBC). Much of the debate focused on whether such a compensation is way too low and what this means for women in China. In this post, we analyze the legal basis of the judgment and compare with the provisions before the implementation of the Civil Code, to provide you with a deeper understanding of the topic.

I. The Old Rule in China Marriage Law

Where the husband and the wife agree in writing that the properties acquired during marriage are separately owned, if one party has performed more duties in respect of bringing up the child, taking care of the elderly and assisting the other party in work, it shall, at the time of divorce, have the right to request the other party to make compensation for the above, and the other party shall do so accordingly.

This old rule limited the right to claim compensation for housework only in prescribed circumstance where there is a written agreement between the couple adopting separate property system during their marriage. In other words, if there is no agreement providing for separate property rules between the couple, there will be no right for either spouse to request the compensation. In reality, pre-nuptial or nuptial agreement is still a rare species, and further not many Chinese couple (esp the wives) are willing to adopt the separate property system in their marriage, therefore the compensation rule under the Marriage Law is hardly applied in judicial practice.

Now the old rule above is upgraded and revised resulting in Article 1088 of China Civil Code:

Where one spouse is burdened with greater duties for raising children, looking after the elderly, or assisting the other spouse in his work, the said spouse has the right to request for compensation upon divorce against the other party, and the other party shall make due compensation. The specific arrangements for making such compensation shall be determined by the spouses through agreement or adjudicated by the people’s court where no such an agreement is reached.

In contrast to the Marriage Law, Article 1088 of the Civil Code has deleted the precondition that separate property rules are adopted between the couple. In other words, as long as one party bears more obligations for raising children, caring for the elderly, assisting the other party in work, etc., he or she has the right to request compensation from the other party when divorcing.

III. Judicial Recognition of the Value of Housework?

Although the compensation is not specially established for the female, based on the fact that most of the housework is done by wives in China, it should be recognized that family should not be a place where men use female labor for free.

Some people on Weibo questioned that only 50,000 is too low for a five-year long marriage. In Beijing, it costs more than RMB 50,000 to find a babysitter a year. Regarding whether this amount is too low, the court explained that the ruling is made taking into account that the couple’s community properties are equally divided between them and the man was ordered to pay a fair share of the cost for bringing up their child. The length of the marriage and the living conditions of the couple are also factors in determining the amount of compensation to the wife.

Some heralded that this ruling is landmark case towards recognizing the value of the housework rendered by wives, but we contended that such compensation is more for compensating the wives for loss of career development opportunities rather than remuneration for housework labor. In either case, it is hard to generalize a standard for calculating the amount in any given case.

Regardless, the judgement has a positive judicial and social impact on gender equality and family life, a social progress deserving applause.

IV. A Few Other Takeaway Points

As a piece of new law, it takes time to unleash its full impact on the society. For a better understanding, here are a few other takeaway points for your reference:

Consult a lawyer before considering divorce, so that you can have a comprehensive strategy in your divorce battle and maximize your interests out of a bitter marriage. As an experienced legal team from Shanghai Landing Law Offices, we deal with a dozen of cross-border divorces every year, we are happy to provide professional legal advice upon requests.